Is it the smell? Is it the touch? What are the reasons millennials love vinyl so doggone much?

To say that the newer generation brought back the tradition of playing vinyl records would be a false statement because records never really went away as sources claim they vanished in the 90’s. 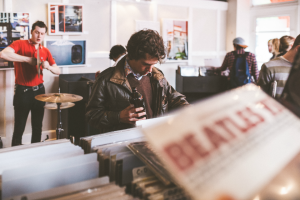 “In 1989, Sony Music decided to stop producing outdated, cumbersome records. Since then, music has enjoyed many formats, including the compact disc, the digital MP3 and, finally, streaming. Somehow, though, the vinyl record hung on. Now, after a 28-year hiatus, Sony announced it will resume production of the vinyl record.” (The Washington Post)

The revenue that kept vinyl alive during their hiatus came from record collectors who kept the art of vinyl alive as CD’s and the digital market started up.

Since late 2012 and into 2017 vinyl still continues to thrive due to its resurrection in trend. 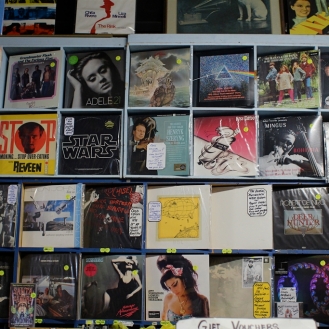 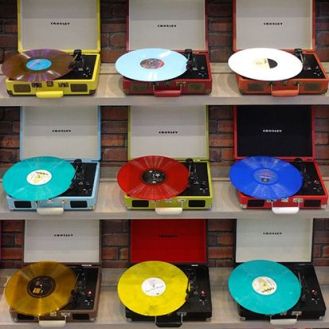 Why is vinyl making a strong comeback amongst the youth these past couple of years? According to Spinster Records, a record store stationed in Oak Cliff Dallas, Texas, owner David Grover there are many reasons that factor into the resurgence of the vinyl listening to experience.

One of the reasons may be the experience in it’s appearance. Average LP records come in 10×12 shrink rap with the listener’s favorite recording artists glimmering craft work physically there for them to touch and feel. A euphoric illusion that through a single record, can bring you one step closer to your idol musician.

“It’s a cooler way to listen to music because it is tangible,” said Grover “You actually have to be apart of it. It’s the perfect way to showcase an artist’s work. It’s a culmination in this beautiful package for people to hold, and it’s exciting.” 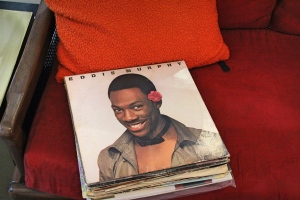 Another reason that vinyl is making such a defined comeback around this time is due to the fact that it is the time frame where the generation who grew up on vinyl could begin to afford investing in the product. Also, millennials have a reputation of taking interest in handmade novelties.

“I think what happened was when millennials were finally able to purchase things and decide what they wanted to get, they chose this,” said Grover “If you notice what are millennials into as a group, they are into craft beer, craft coffee, and avocado toast. All of those those things take a long time to make, and they are expensive. Things that are not practical, and vinyl.”

In terms of sales, he says most of his business in stores come from customers whose ages range from 32 and under and 40-65. Therefore,  it’s a cross generational product with a 10-20 year gap.

Overall, the rebirth of LP’s owe most of their credit to an upcoming generation that finds the retro tradition’s physical experience of hand crafted music fascinating. Thank you millennials.