Breaking Drake’s record for most Apple Music streams in 24 hours, King Cole is back with the best tracks that will make your hairline grow back. His lyrics touch on real world issues revolving around money, love and drugs. J. Cole also includes a song that’s seemingly a diss track about mumble/trap rappers and gives them some counseling as an expert in the industry.

KOD has multiple meanings according to the rapper’s own tweet. Listen closely in between tracks as we decrypt all of J. Cole’s deeper messages.

The rest of the album I leave to your interpretation.

“KOD” is arguably one of the best songs on the album in terms of production and sound. Cole references to the fact that there are no features on his album. Some might take a second glance at the track list and think, “Well then who is this ‘kiLL Edward’ that’s featured in two of the songs?”

KiLL Edward is just J. Cole’s alter ego in a deeper voice. KiLL Edward represents J. Cole’s demon that is being referenced in one meaning of “KOD”: Kill our demons. Some people believe that Edward is the demon taking the children’s souls on the album cover. How artistic. 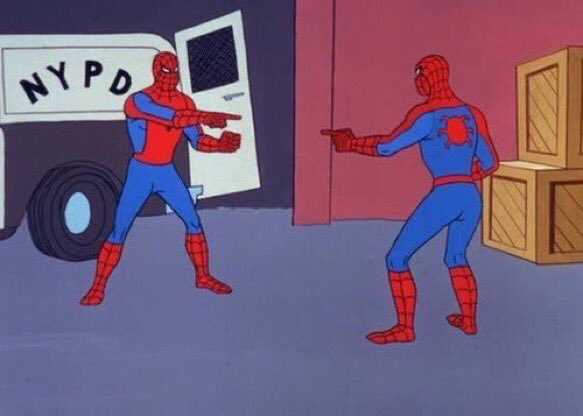 In “Photograph” J. Cole rapped about an all too common feeling that technology users experience when they scroll across their fantasy boo, who is an entire profile away. This song speaks of a wish upon a star that will only go as far into the DMs, if you’re lucky.

Standout lyric: “Fell in love through a photograph / I don’t even know your name / Wonder if you’d follow back / I hope to see you one day.”

Everyone knows by now that comedian Kevin Hart is not just notorious for his sense of humor, he’s also known for getting caught up in a cheating scandal. J. Cole has a song playing off this occurrence, “Kevin’s Heart,” which makes sense considering the song is centered around infidelity.

The music video was brilliantly constructed as it stars the famous actor himself at the center of each scene. Kevin Hart constantly struggles to dodge attractive females pursuing him at every corner.

Money on J. Cole’s mind seems to be a recurring theme throughout the “KOD” album. His song “ATM” touches on the joys of having plentiful amounts of the dough in all of its necessity.

Standout lyric: “Can’t take it when you die, but you can’t live without it.”

J. Cole’s song “BRACKETS” touches on deeper concepts when it comes to making big bills in America. Cole is mostly worried about where all of his money goes when sent to the IRS. He has an issue that the government is spending his money on teachers that don’t look like the students in his community (minorities).

As underrepresented the school system is when it comes to diversity, they are also teaching about the heroes with the “whitest of skin,” while the writers of history books we are funding that make our pockets slim seem to white out all of their sins.

All of these matters are discussed within “BRACKETS” as well as a very smart proposition from J. Cole for technology to be further incorporated into our government that way taxpayers can have more of a say in the democracy’s agenda. The songwriter then goes on and explains a sad tale of gun violence, and its effects which occur in our very own backyards.

Standout lyric: “If I’m giving y’all this hard-earned bread, I wanna know / Better yet, let me decide, it’s 2018 / Let me pick the things I’m funding from an app on my screen. Better than letting whack congressmen I’ve never seen / Dictate where my money goes, straight into the palms of some / Money hungry company that make guns that circulate the country / And then wind up in my hood makin’ bloody clothes.”

This song touches on a lot of subjects that affect J. Cole’s community and talks about drug use. In reference to drugs, J. Cole talks about its addictive feeling. The main lyrical sector of “FRIENDS” touches on what people choose to blame their addiction on. The list ranges from the government to family issues. The main takeaway is J. Cole plead to not use the drugs as medicine to cope with depression as it will further the addiction and can lead to suicide. He wants his fans to be comfortable in their skin with and without the drug. J. Cole wants his friends to meditate with each prescription and not to medicate.

The track “1985” takes a swipe at young rappers in the mumble rap or trap game. If your rap name starts with ‘lil’ and your lyrics are solely about the bread you make and the drugs you buy with it, then this song is aimed at you. It discusses the negative stigmas and stereotypes about the black community that some of the mumble rappers perpetuate. Their music will fall out, and eventually, people will stop listening because we all have to grow up sometime.

J. Cole isn’t hating, though. He’s actually supportive of the rappers because he “love to see a black man get paid.” The only diss in the entire song is frankly when he raps, “In five years, you gon’ be on Love & Hip Hop.” But, in other parts of the song, Cole offers valuable advice to the young generation of hip-hop.

Standout lyric:  “I heard one of em’ diss me, I’m surprised / I ain’t trippin’, listen good to my reply / Come here lil’ man, let me talk with ya / See if I can paint for you the large picture / Congrats ’cause you made it out your mama’s house / I hope you make enough to buy your mom a house / I see your watch icy and your whip foreign / I got some good advice, never quit touring’ / ‘Cause that’s the way we eat here in this rap game”

J. Cole spit his knowledge and wisdom in an all of “KOD”. What is so great about Cole is that he only writes about what he knows. This is the album that fans, critics, and even celebrities have been waiting on. Now that it is here, hopefully its influence will make an impact.

Standout lyric: “I put my hand to the sky, I sing / Grateful for the blessings you bring / Thank you for the ones I love / Forgive me for the times I was / Down and confused, I know / What I reap is what I will sow / Once again I find myself”