This month I want to focus on some local bands in my area that are simply killing it in rock n’ roll music right now. It saddens me when I hear the sounds of perfect riffs and arrangements that were meant to be heard by millions but 100’s of ears are all they have reached. Some of the artists I will mention, however, have reached thousands. So, show your support and make sure to check these underground bands out. Let’s make Tulsa’s music scene go viral.

Everything from the sounds of their electric guitars to their performance presence and aesthetic in pictures scream 70’s rock, blues, and psychedelic grooves. I have the honor and chance to write a profile piece over this band which is already making strides in the

music industry a little under two years of forming.
After listening to The Shelter People, you will go home with an experience. Their music is contagious and is almost impossible to listen to without at least moving your foot to the rhythm. I can almost guarantee your head will have done some major bobbing 10 seconds into their first song.

Their music is laced with poetic lines that lay inside a bed of wicked guitar riffs and slow yet hard rock vibes. The three man band is complete with Dakota  Hurley on lead guitar/vocals, Garon Burch on bass guitar, and Justin Mathias on drums.

I don’t want to give too much away because I am already working on a profile piece over this particular band that is coming out soon. Currently the band has two songs available for download (linked above) called “Goin’ Back Home” and a reinvented version of “Back Door Man” which was originally by The Doors. Their cover of the song was based on the version by Howlin Wolf. I have heard both versions and can assure you that their rendition is unique in its entirety.

Their songs follow the musical influence and aesthetic of classic rock and blues from the late 60’s and early 70’s. After interviewing the group, it is clear to see that one of their main purposes is to bring good ol’ rock n’ roll back into the stream of music flowing across town. So far, they are succeeding in their endeavor.

This band has been on my wish list of potential band reviews for a solid minute. They are a promising alternative/ indie rock band. Their music reminds me of artists like Young the Giant, Red 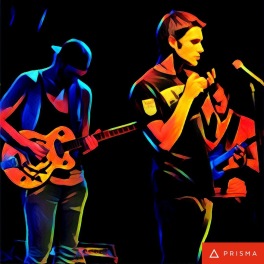 Their lead singer, Blake McBride, leads the bands with amazing vocals that accompany their acoustic sounds. The band’s music is also filled with electric guitars and the soft touch of a drum. Their live performances, as found on facebook, vary in the sense of rock. In reality, they are a heavily rock influenced band who have enough talent to put your brain in a nicely string filled trance. If you live in Tulsa, or near it then please do not take my word for how great this band is and come check them out.

Native Strange has two songs released on Soundcloud, the rest of their music is performed live. For updates on when they are performing you can check out their band’s page. Native Strange performs locally around Downtown Tulsa.

How I found this band is an interesting story. Basically, my news writing teacher was taking recommendations for music to play during class. One of our staff members, Yusuf, named a local band whose member used to go to our school, The Manta Rays. My teacher who believed he was playing the local high school band put on their soundcloud’s like playlist and The Lukewarm blasted over the speakers instead. For a solid three weeks, at least, we all listened to The Lukewarm’s latest EP each day thinking that they were The Manta Rays. The fact that we let this go on for so long shows how likable and amazing this EP is. The entire class loved it, mind you this happened last year and I am still not sick of this EP. It is TOO good. 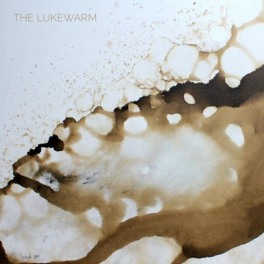 Meanwhile, as our teacher believes he is playing the other band’s soundcloud when he is really playing their liked playlist, I look up The Manta Rays posted tracks to find this EP and have it accessible everywhere I go. Obviously, I could not find it under The Manta Rays name. Finally, after the third week, I ask my teacher “Who is this playing?” and he responds “It’s the Manta Rays, duh.” and I responded with “There is no way in hell that these are The Manta Rays…”

Okay, I did not say it like that directly, however you get the gist. That was when I forced my teacher to pull up the album cover, then I typed in The Lukewarm’s name into my apple music search bar and called it a done deal. I downloaded their music. Everything was cleared up. Great right?! I got The Lukewarm EP, I am taking it everywhere listening to it on repeat for another two weeks, but there was still another layer of misconception.

I was under the impression that this band was a professionally signed alternative rock band that belonged to a higher up label. It was not until Yusef, the fellow staff member,

informed me that they were a local Tulsa band that performed at the downtown Gypsy Coffee House on the regular. I almost did not believe him until I did the research and found them on facebook.

The Lukewarm has some singles and their EP available for purchase, as well as some merchandise for sale. They have not been as active lately, however, their talent skyrockets that of any other local band. These gentlemen are on a professional status with their music, just like the other two bands mentioned in this article. My favorite song of theirs is titled “All the Time”. It has a groovy vibe and the lead singer’s deep smooth voice in telling a desperate love story that I feel like anyone can relate to.

Who knew Tulsa had so much talent? And there is more where that came from. Sadly, I can’t review every single local band in Tulsa because there are a handful of amazingly talented rockstars in this city. I am just proud enough to call myself a Tulsan thanks to these performers, and all the other artists out there who are putting this small town on the market.