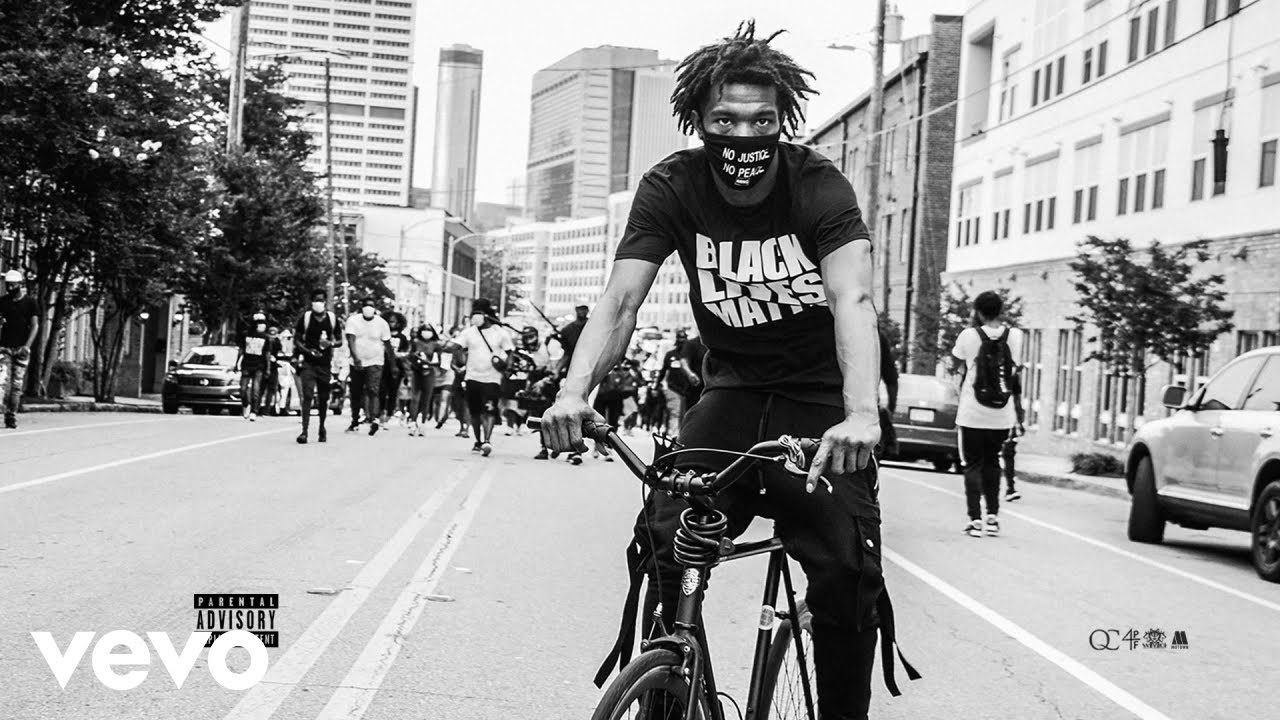 The kids have it right this time. We need to listen to our youth. “The Bigger Picture” is Lil Baby’s way of speaking his truth and demanding change by using his musical platform.

The first frame shows a crowd of protesters with their fists raised, masks on, signs held high that read “Say their names” and other chants, and news reporters sound bites announcing their demands for the arrest of police officers responsible for the murder of our brothers and sisters.

This lyric shows the madness that our country is facing. Begging for equity and a stop to oppressive actions carried out by the police force time and time again- expecting different results. That is the definition of insanity, enough is enough.

In Lil Baby’s music video there is a frame with a young African American boy hugging a black female police officer. Filming this action shows that Lil Baby demonstrated a level of respect for our brothers and sisters on the police force who risk their lives for our safety. However, his lyrics make it clear that the badge they wear stands for many different things, and the origin of it roots back many years.

Lil Baby showed that although this is a race issue, the races fighting for justice involve all colors of the rainbow. Everyone is backing Black Lives Matter and he wants to see a change happen immediately.

“They training officers to kill us then shooting protesters with these rubber bullets,” Lil Baby rapped.

He is speaking to the direct actions that we see today in the news. There is tear gas being thrown at peaceful protesters who are being pushed by police batons. He makes it clear that what is happening in today’s world is not a game and is not a joke. He is putting his emotions into his music and venting on the mic.

This song will go down in history as a depiction for the youth voices who are putting their life on the line every night to face law enforcement and demand change. Protesters are occupying streets and using the tool of unrest to show how fed up they are of injustices within the system.