Sleeping On My Own– An alternative song that fits the aesthetic of its own cover photo, Geoffrey shares an endearing message behind his electronic melodies. For any single mingler out there, this would be your theme song. Although its not the lyrics or the message that makes this song great, that is what I enjoy most about it.

By far this is one of the best suggestions my new playlist has made due to the fact its a simplistic yet technical song that is not overcasted by unnecessary beats in order to try and sound impressive. Geoffrey just makes music for himself that happens to be good, which is a quality that all credible artists contain once you think about it.

I can also appreciate that his location affects his inspiration. If you research some of his work, you can tell he lives in somewhere like california and that influence throughout his songs is highly evident. His first album is titled coastline for christ sake.

I listen to a lot of his music due to its old school feel and the uniqueness of his voice. He is incomparable. Most listeners are familiar with his song “Some” which has appeared in commercials and back tracks everywhere. Please keep an eye on this artist, I swear his guitar and groove are taking him places.

I love this song, “Dark Red”, in particular because of the intro- the slight drag in his voice when he says “Something bad’s about to happen to me” entices me. However,  just like all music, he is not for everyone.  I tried playing it on the aux chord in my mother’s car and she absolutely hated it from what I could tell. She slammed the off button to the stereo with such force without even letting me explain the talents of Lacey. Therefore, I suggest you get a taste of Lacey and judge for yourself by clicking the link 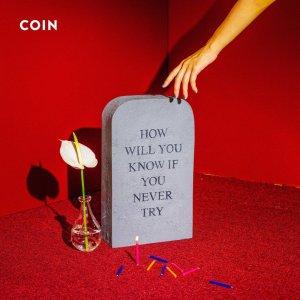 Malibu 1992– Don’t you just love it when a song’s significance stands so strong
that it’s title only makes a small appearance? A lonely lyric that holds more meaning than words can say. If you are familiar with poetry and its connotation then there should be no debate that this song fits the description head on.

Similar to Geoffrey, I could sense some tropical vibes in Coin’s song as well. Interesting how a song titled Malibu can sound like Malibu. Who would’ve thought?

Beautiful Little Fools– The piano takes you in, the electric sits you down, and Jorja Smith’s

voice moves you. Smith is well affiliated with an artist named Drake… Yeah I don’t know if you’ve heard of him, but he dedicated a track off of his new album “More Life” to her titled “Jorja’s interlude”. There are rumors that they are together but I do not care about any of that, I did not even know she had famous friends until after I listened to this hit song.

Beautiful Little Fools is a gorgeous serenade to the stigma put on women. It is a huge shout out to the female gender to get their crap together, because many females who are not in the feminist culture are going through their lives playing doll house. “Beautiful little fools, that’s what us girls are destined for.”

So if you are a female, a huge feminist, or if you just love women (which we all do) then this song is a great jam to plug into the aux during a kick back or chilled time. YOU WILL NOT REGRET IT.

Ain’t Got It Like That– This soulful track is, by definition, groovy. The main part that I rock with lives in the bridge, “I know that I got what I need, even when I don’t got what I want”

This one goes out to all of the soulful brothers out there who know they are going to make it big one day, it just hasn’t happened yet. Stay grinding like Earl St. Clair.

Broad Shoulders– I came across this track while searching for Taylor Bennett songs that I could actually vibe to upon finding out that Chance the Rapper had a brother. Of course, the only songs I enjoyed off of his recent albums were collabs he did with Chance.

It is not Bennett’s fault that everything his brother touches turns into gold.

If you are looking for a solid rap song with an upbeat vibe, this is the song for you. I would also advise you look up his short film on youtube (linked in the title). Very creative family, those Bennetts.