Having a band referred to as CowPunk, an alter ego that simply had to go, and a passion for creativity, Tulsan folk musician, Alec Hill, is just one of many rising talents in the great state of Oklahoma.

What sets Hill aside from most local performers is the unique genre style within his music. Most of his songs are folky with a nice blues vibe, and when Hill performs live in a full band show his body language can set the tone of a rock n’ roll performance.

“Someone once said that we are a punk band that plays Johnny Cash,” says Hill.

His ties to rock come as no surprise considering his start in music and initial inspirations.

“I was maybe 13 or 14 when I started listening to christian punk. Which was great, obviously, there is almost nothing better than a bunch of young guys with mohawks screaming about how much the good lord loves them,” says Hill. 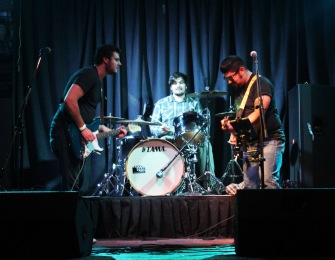 The first CD he ever bought was Led Zeppelin’s greatest hits.

“I listened to that religiously for about six months. When I heard them on the radio I immediately knew who that was. They all have their own unique sound, and you knew that was Zeppelin. That’s still why to this day they are my favorite band because they were so wholly themselves,” says Hill,“I guess what inspired me in that was that it didn’t matter what I was doing, and it didn’t matter who inspired me. What mattered was that I was doing something as original to myself and as true to myself as possible.”

His inspiration for playing guitar and other instruments partially derived from rock bands as well, but there were other motives that sparked Hill’s interest.

“Guitar was also just because I wanted a girlfriend when I was 16,” says Hill.

Not all motives were for other people’s benefit. His main one proved to be extremely creative.

“My goal when I started out was to be able to play anything with strings. So far I know how to play most things with strings. I just can’t really say I’m as good at them as I am at guitar,” says Hill.

Hill went to school at Oral Roberts University where he studied advertising. The knowledge he took with him deemed to be beneficial toward forming a musical persona.

“It taught me that you have to make yourself standout, and for a while that was based on parlor tricks. I used a pseudonym, I was Mr. Underhill, and I recorded albums. I would leave them in places for people to find. I tried to make my name like that,” says Hill.

Mr. Underhill can be defined as Hill’s solo act, and even though they shared one body they reportedly are two different people.

“At the end of the day when I was recording as Mr. Underhill, it kind’ve created a dichotomy in my mind of Alec- the loveable rascal weirdo who is a bit of a tool- and Mr. Underhill who was this cocky arrogant musician that could say/do whatever he wanted,” says Hill.

Eventually Underhill had to go. Such a loss gradually led to new beginnings, a different chapter in Hill’s career.

“[Underhill] really began to take kind of an unhealthy turn for me. Which is why when I started 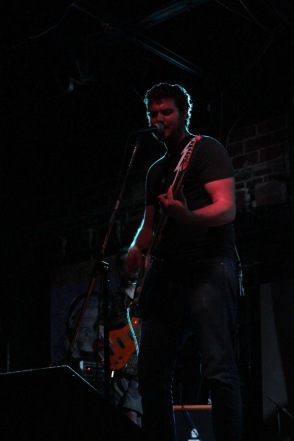 The Mules I kind of shed Mr. Underhill. He doesn’t exist. He is not somebody that needs to exist because he was ego. He was truly someone who thought he knew the world and could say whatever he wanted, and he had a very warped perspective on a lot of stuff,” says Hill.

Whether it be Underhill’s songs or stuff from The Mules, what Hill hopes to gain from music is something that money, fans, and love can’t buy.

“I hope it will bring me wisdom,” says Hill, “Because with music, poetry, art, and almost any creative endeavor i put my mind to I want to make it something that I can interpret my emotions through. A lot of the time it takes a hard look at my vices, but a lot of them will take a hopeful turn. They’ll have kind of a cheekiness to them like ‘I know this is me but at the same time I know that I’m better than that, and even if I am not better than that I am aware of it and that’s something to be proud of.'”

Hill’s main band that he performs with are called The Mules with Hector Ultreras, Nathan Wilson, and Michael Blant. They have performed all across Tulsa and Oklahoma City in venues such as: The Fur Shop, The White Flag, The Hunt Club, Gypsy Coffee House, The Beehive Lounge, The Blue Notes, The Vanguard, and more to come.

At first the band was made up of just Ultreras and Hill, who share a great dynamic.

“Hector and I, as songwriters, we are very different in a lot of aspects and I think that’s why it kind’ve works sometimes. And if it doesn’t we’ll just yell at eachother on stage and the audience gets a kick out of it,” says Hill.

The duo were not very good friends to begin with.

“Hector and I did not really get along when we first met. As he tells me he was kind of testing my metal to see if I could stand up to it, and I think I did. So we managed to move past of being enemies to being acquaintances,” says Hill.

Things eventually started to warm up between the two musicians.

“He told me this story one night about when he was an uber driver, and how he got stiffed by a customer for a lot of money for like a four hour trip which was ridiculous, and that was the night he decided to quit being an uber driver and it inspired me to write a song. It was kind of a 12 bar blues song, and I didn’t really write stuff like that,” says Hill, “He started playing harmonica on it one night when I was playing it at gypsy [coffee house] and it was a lot of fun.”

The story of how they met is kismet, so I’ll let Hill explain it himself.

“My best friend John Paul Ratliff, fantastic traditional musician, had a show at gypsy and his grandfather was in the hospital so he wasn’t able to make it when it started. I told him I was coming down to see the show, and he asked me to play at 8 0’clock.”

“So I got to the gypsy [coffee house] and I played from 8 until about 8:45 or so, and then Hector showed up and I started to like unplug and pack up my stuff and he was like ‘No no no, sit in’. So we just kinda sat there and we started playing on each others songs and it was a blast. It was just so much fun because our songs were stylistically very similar.”

“When John Paul arrived finally, he played a couple songs and was like ‘I’m gonna get Alec and Hector back up there’ and we just closed out the night and it was so much fun. It was a fantastic evening,” says Hill.

Their name, The Mules, has an on the spot type of story that fit their first gig.

“We finished the show and as we were packing up someone asked us they were like, ‘So what do we call you guys?’ and I said American Butts. Hector hated that. He said no. he said that sounds more like a punk band’s name. And I was like, ‘What if we called ourselves The Burros?‘ and he was like, ‘What if we just called it The Mules?‘ and It just kinda stuck.”

They even have a famous catchphrase.

“We came up with a tagline which was ‘Let’s get smelly’ because we always smell so terrible after our shows. I mean we are just stinking up the joint smelling like cigarettes, alcohol, and body odor it’s great. It’s rock and roll,” says Hill.

When asked how far Hill intends to go with the mules, his response had a bittersweet vibe attached to it.

“Hector and I have said ever since we’ve started that as long as it’s still fun we will keep doing it. If it starts to feel like a chore, if it starts to feel not really worth it, then that’s when it is time to explore other options,” says Hill.

Reassuringly, The Mules are taking great strides on their road to fame and content. Hill has no plans on leaving the band anytime soon.

“It’s such a lively band. It’s such an exciting thing to be able to get on stage, get sheela ready, blast out in E, and have everyone in the room start bleeding from the ears going deaf. Then it’s just ‘My name’s Hector, and My name’s Alec, and together we are The Mules.'”

For more information on Alec Hill, or his band The Mules. Follow him on Soundcloud @MrUnderhill or keep up with The Mules on their Facebook.